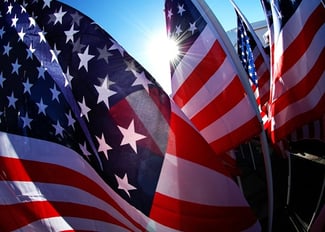 According to the calendar, the first official day of summer in 2015 is June 21st. But for many Americans the start of summer arrives with Memorial Day—which comes on Monday, May 25th this year.

What you may not know is that there is a particular (if tenuous) Pennsylvania connection to the beginning of Memorial Day. According to History.com, Boalsburg, Pennsylvania is one of approximately 20 towns in the United States that lays claim to being the birthplace of this national holiday.  Boalsburg rests its claim on a gathering of women who met in 1864 to mourn the death of soldiers killed at the Battle of Gettysburg.

Other towns across the country (including Carbondale, Illinois, Columbus Mississippi, and Columbus Georgia) also lay claim to being the first place to celebrate the holiday. However, in 1966, then President, Lyndon Johnson signed legislation declaring that the tiny upstate New York village of Waterloo was the “official” birthplace of Memorial Day.

Regardless of whether or not Memorial Day celebrations originated in Pennsylvania, we’ve certainly been engaging in them for a long time. And aside from the annual parades to commemorate those who served our country, one other tradition seems to have remained constant: an annual Memorial Day BBQ.

One thing that can make your Poconos Memorial Day BBQ special—and more fun—is to turn your home cookout into a cook-off. Invite friends and family and ask each guest to bring their best BBQ specialty. If there’s one thing Americans agree to disagree about, it’s BBQ! But don’t just argue about it—have your guests put their meat where their mouths are. Let everybody trot out a favorite sauce and cut of meat. Appoint an “impartial” judge to decide the winner. Award ridiculous prizes for the best taste, the most creative concoction, or even the messiest preparation.

Enjoy your celebration! But as host, you may want to make a mental note or two about how your kitchen and/or deck could be improved for next year’s cook-off. We can help you with that, so that when your guests come back next summer, they have even more fun.