Chasing Fall Foliage in the Poconos (2020)

The leaves have begun to change colors!

In the Poconos, this is one of the most beautiful times of the year. From green to yellow, from orange to red, these changes are simply stunning in this part of the country!

With nearly 130 different species of trees and bushes, the Poconos never gets boring during the fall!

Because Pennsylvania is so expansive, in order to track the leaves changing color the state is split into three regions: Northern, Central, and Southern. Each region has its own time frame of when the colors start to change, largely caused by weather and temperature differences between regions. 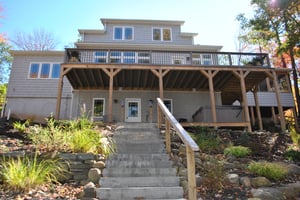 Typically, the leaves in the Northern region change first and sometimes the quickest. This, again, is largely due to the colder temperatures in that part of the state.

The Central region tends to change a shade later than the Northern region.

Current Regional Updates for Fall Foliage in the Poconos

This image, borrowed from the Poconos Mountains official website, displays the current regional fall foliage stages. If you are looking to plan a leaf changing trip, you can rely on this map to help you understand the regional changes and which routes to take! 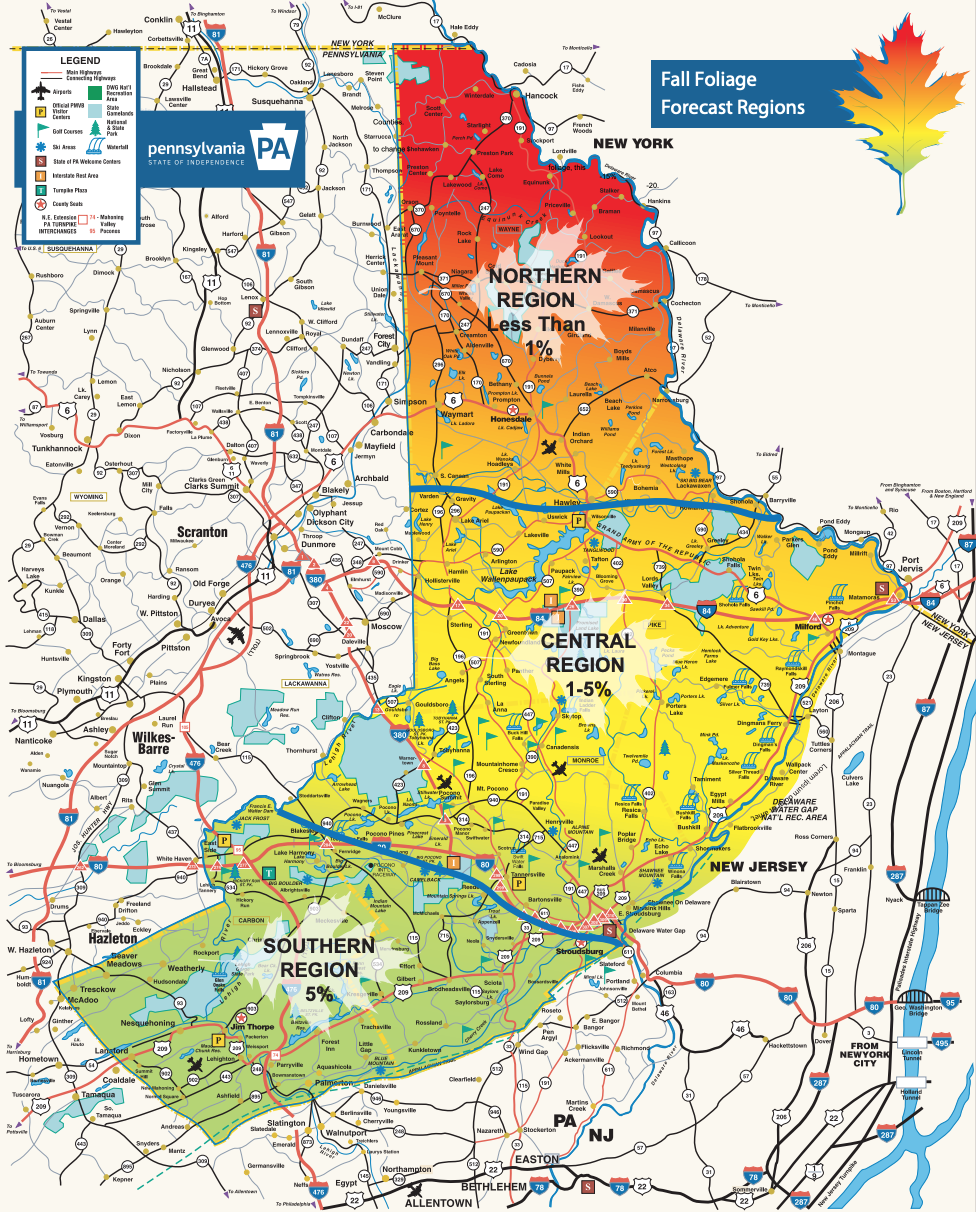 And if you make the drive through the region and fall in love, we would love to talk to you about looking for a vacation (or forever!) home. Give us a call!